The Seven Vital Chakras Associated with the Chakra Meditation

The human body contains a number of different energy points which shape life events, either in conscious ways or in unconscious ways. These energy points are known as ‘Chakra’s. And, it is possible to form and follow a meditation routine that uses these Chakras as the base.

In this article, we take a look at the different Chakras associated with the Chakra Meditation.

There are a total of seven different Chakras located in different regions of the human body. These Chakras, having distinctive properties, impact the region in which they are located.

This particular Chakra is located at the spine base, and it mainly impacts the safety, structure and health of an individual. Sometimes, the Root Chakra is referred to as the ‘Coccyx’. Traditionally, the name ‘Muladhara’ is used, too. This Chakra determines how the body of a person relates to the external material world. This Chakra is symbolically represented using a red circle having four petals of golden color around it.

Sometimes known as the Svadisthana, this Chakra is found near the bellybutton or in the lower abdominal region. Orange color is used to represent this Chakra associated with love, sexuality, passion and other intense feelings that ensure pleasure.

Found in the region between the chest and the navel, this Chakra is known to impact the willpower and force of a person. In other worlds, this Charka influences aspects like self-control, discipline and authority. Yellow is its defining color.

Known traditionally as the ‘Anahata’, the Heart Chakra is spotted at the central part of the chest, and is represented by the color green. This Chakra makes understanding and love, and the associated feelings or emotional, its center of attention.

A chakra focusing on communication, the Throat Chakra associates itself with the color sky blue. ‘Vishuddha’ is another name to describe this Chakra.

This Chakra, called the Anja, is located above the eye region or in the forehead region. Its area of focus is the sensitivity of human beings toward things that are not in the physical realm. The term ‘Third Eye’ is used by Buddhists to refer to this Chakra, indicated by indigo.

The final Chakra, called the Sahasrara, concentrates on the mental and the spiritual aspects. It is seen near the top portion of the human head. This Chakra is associated with consciousness, as well as with the Higher Self. The violet color represents it.

The Chakra Meditation must be performed under proper guidance. Just having the knowledge of what the different Chakras mean is not enough to safely perform it.

The Different Kinds of Meditation Techniques Used in Buddhism

We will be happy to hear your thoughts 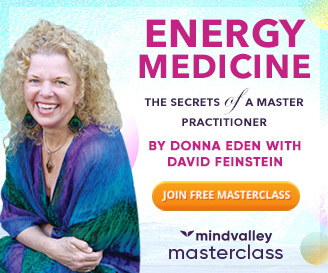 Meditation Music Paradise is a participant in the Amazon Services LLC Associates Program, an affiliate advertising program designed to provide a means for sites to earn advertising fees by advertising and linking to Amazon.com.